How to Teach /s/ Using Sound Shaping From /t/ 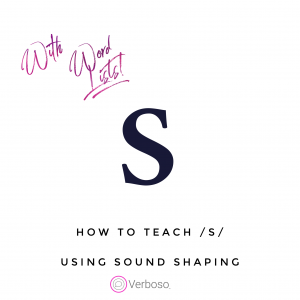 This method works great for trying to establish an /s/ for the first time when a child has some kind of substitution error, meaning they make another consonant sound any time they should be making the /s/, such as a “th” (“thitherth” for “scissors”) or /t/ (“toup” for “soup”). When kids have substitution errors, you often have to trick them into making the sound correctly a few times before you tell them what you’re working on, and this technique works perfectly for that. It’s also great when the error includes some sort of mistake in placement for /s/, because the trick works by the same place features shared by /s/ and /t/.

A child who can make a /t/ sound

Cue the child to produce their /t/ sound and praise them for it. You can do this by having them imitate a /t/ a couple of times. Tell them you like how they’re keeping their tongue behind their top teeth.

Next, ask the child to make the /t/ sound again, only this time push the air out longer. When a speaker does this, they effectively make a “ts” sound. Model this for the child by doing it yourself a few times. In order to get praised for doing this successfully, you want to see that the child is keeping their tongue tip up behind their upper teeth and that the airflow is sustained longer than a /t/ sound, even if just for a tiny bit to start.

If it is, say “great job! Do that again!” Have the child repeat this sound a few times. Then ask them if they can make a REALLY long /t/ sound. Model producing a “ts” sound and hold out the /s/ sound while providing an additional cue about the duration of the sound. This cue can be running your finger from your elbow down to your hand, or along the side of a piece of paper. Anything to help illustrate that this is a /t/ sound that takes a looong time to make. Have the child produce this really long /t/ sound.

At this point, the sustained, long sound they’re making should sound like an /s/. Reinforce this great long /t/ by praising the child, then have them repeat a bunch of times, maybe 5 to 10 times in a row, until it seems to be pretty easy for them to do it. If they’re successful, great!

Then you can let them in on the secret—“hey, doesn’t this long /t/ sound remind you of /s/? Let’s try a few words” And see if they can still produce the sound correctly in some short words that end with “ts” like “eats,” “it’s,” “meets,” “let’s” and so on. We call this a facilitating context because the fact that the word has a /t/ followed by an /s/ means that a child who has learned to make an /s/ by shaping from a /t/ typically finds these words easy to produce. Don’t be surprised if the first time you try the word they go right back to the error pattern. In that case, break it down and go through the long /t/ process again. More repetition leads to more automaticity, and through many repetitions, the muscle memory for the sound becomes ingrained and allows the child to have more success when trying to “over-ride” the old error motor pattern.

If they’re successful with the /ts/ words, you can expand and work on more of these. Then, after a few days in a row of practicing final “ts,” see if you can introduce some words that start with /s/. We can use the same facilitating context trick for bridging to the new word position. For example, if /s/ at the start of words feels hard, try to use some facilitating phrases “let’s see,” “eats some,” “meets Sam,” etc. Then, after practicing these phrases, see if you can slowly drop out the first word. For example, practice “let’s see,” then “see.” Next, say “eats some” then “some.” Sometimes I’ve had success telling kids to “think about /t/” but not actually produce it before the /s/. This way you can move from the /ts/ before they become over-reliant on it.

Want to try this technique with a child on your caseload? Enter your email to receive a free handout of /ts/ words and facilitating /ts/ phrases straight to your inbox! 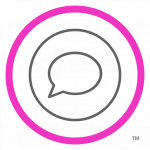