Cleft palate causes very specific features in a child’s developing speech.  Cleft lip and palate in one of the most common birth differences, impacting approximately one in 700 babies born each year.  A cleft lip alone doesn’t typically cause much of a problem for speech development, but all kids with cleft palate should be monitored by a speech pathologist to make sure that they develop good speech skills.  In fact, all kids with cleft lip and palate should be followed by an interdisciplinary cleft team from birth until they’ve finished growing and all of their surgeries have been completed. This article summarizes some background information about features of cleft palate speech disorders.  Plus, we’ll discuss some of the factors that help to treat cleft speech errors. If you’d like to talk to a speech pathologist about your concerns, please reach out today!

What type of speech problems occur in children with cleft palate?

A cleft palate impacts speech development because a baby isn’t able to seal the nose from the mouth during early babbling play, which creates problems for being able to experiment with oral pressure build up.  We don’t consciously think about the fact that our soft palate, the muscle connected to the roof of the mouth, is moving while we’re speaking.  But that little muscle actually plays a very important role in speech because it moves up and back to seal off the nose from the mouth.  This allows us to build up pressure and release it as a feature of our consonant production.  In English, there are 16 consonant sounds that require pressure build up and release.  Some examples of the earliest high pressure consonants are /p/, /b/, /t/, /d/, /k/, and /g/.  These sounds are also some of the earliest consonants babies experiment with when learning to babble.  Because the cleft palate makes these sounds challenging, babies will either start experimenting with sounds in their throat, which usually sounds like growling or grunting, or they’ll be limited to just a few sounds that don’t need oral pressure build up.  The only sounds that should come through the nose are the nasal consonants /m/, /n/, and “ng” (like in the word “sing”).

Luckily most kids will start producing pressure consonants soon after they have their palate repaired with surgery, which usually happens between 9 and 15 months of age.  The goal is to do the surgery around or before the baby’s first birthday, since that’s also when most babies will start to be ready to say his or her first word.  Having a functioning soft palate means that babies have the best chance to learn first words with oral pressure consonants, reducing the chance that some of that early growling or reliance on nasal sounds will become a habit, substituting throat sounds or nasal sounds for oral consonants.

If these habits do form, then speech therapy is needed to correct them.  Speech therapy for cleft palate substitution errors, like substituting a sound in the throat for a /p/ or /b/, is effective when the focus is on teaching the child to learn how to produce the sound in the mouth.  The therapist instructs the child about how to use their lips or tongue, depending on the sound they’re practicing, and then the child will practice this over and over again until it becomes easy and they start to use the sound in conversation.

How can Verboso help correct a cleft palate speech disorder?

Verboso combines direct one-on-one sessions with a licensed and certified speech-language pathologist with our one-of-a-kind speech therapy video games.  For children with cleft palate speech disorders, the biggest challenge with making progress can be getting enough practice. Verboso optimizes access to practice opportunities by making therapy sessions accessible through teletherapy, and by making home practice fun with games.

Kids with cleft palate articulation errors often need more practice to improve their speech skills than other kinds of articulation disorders. The habits that form as a result of structural differences in the mouth and throat associated with cleft palate are often persistent. Accessing services this frequently can be a hardship for families. Large caseloads in schools can result in less intensive practice for kids. The cost of private speech therapy services may be expensive, and travel to and from sessions can be challenging to fit into a family’s busy schedule. Verboso helps families of kids with cleft palate address these struggles in a few ways.

1. Teletherapy appointments are convenient. No commute time means you save hours over the course of a treatment program. You can also have shorter, more intensive sessions more regularly because you’re not dealing with travel and waiting room time.

2. Teletherapy sessions are effective. Your child’s therapist can work with your child to coach them through correcting placement for common cleft palate speech errors.

3. Games are motivating to kids. Because all of our clients are able to access our speech video games, you have a home practice program immediately available to you. You therapist can customize settings, including speech recognition software, to your child’s needs. And, your child gets reinforcement from the game to help keep them motivated to practice.

We want to be a part of your child’s cleft palate team! Our clinicians recognize the importance of routine cleft team care for getting great speech results for kids born with cleft palate.  Our speech-language pathologists will collaborate with your cleft team to help make sure we’re all working towards the same goal of helping your child communicate effectively.

Looking for more information? The American Cleft Palate-Craniofacial Association is a great resource for families who want to learn more about cleft palate speech therapy.

Do you have questions about cleft palate related speech issues?  Learn more about our services and sign up for a free screening today! 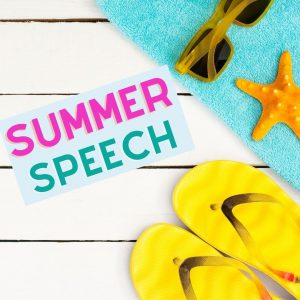 Are you looking for options for summer speech therapy? Many kids who get speech therapy during the school year via an IEP don’t have speech

Nasal speech broadly refers to a person’s voice sounding like it has too much or too little air in the nose. Oftentimes, it’s challenging for

When a parent first finds out their child has a cleft lip or palate, they often have many questions about whether their child will need

Many children with a repaired cleft palate will need speech therapy services at some point in their development. Parents often wonder if their child needs 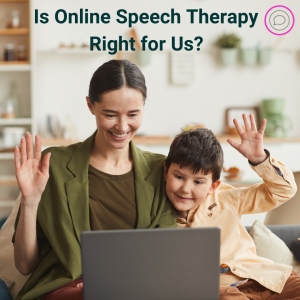 You may be wondering if online speech therapy is an effective way to help your child speak clearly. It feels like 2020 gave us all

Does my child have a stuttering disorder and need speech therapy?

Fluency refers to a speaker’s ability to demonstrate smooth, connected speech with natural intonation and pausing.  Fluency disorders, or stuttering, occur when an individual has

Wondering if Verboso is right for your family? Contact us today with any questions.

Almost there! Please read before continuing.

*Have a promo code? Enter at checkout!

Thanks for your interest in Verboso. We're currently providing services to people living in Florida, Georgia, Illinois, Michigan, Texas, Virginia, and Wisconsin, with California and Pennsylvania coming soon. If you reside in one of our available states:

If you'd like to be notified when Verboso becomes available in your area: