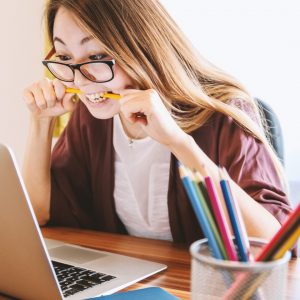 Speech therapy for speech sound disorders is a process. When speakers have a hard time making certain sounds, the speech-language pathologist guides them through steps, measured by objective goals to get them from point A (hard to understand) to point B (easier to understand). Sometimes, as a parent or family member, it may take some time to notice changes in every day speech. So what’s happening in the meantime? This post focuses on progress early on in the speech therapy process.

One of the first things that happens early on in the speech therapy process is figuring out if the child or speaker is easily able to make the sound in question. Speech-language pathologists call this “stimulability” and it means that the child may or may not be able to easily produce the target sound. In some cases, just saying the sound on it’s own can help the child imitate. For example, some kids may be able to look at a therapist showing them how they use their lips to make a “p” sound and be instantly able to make that sound. For other kids (like a lot of the kids who need speech therapy), it’s not so easy.

In these cases, speech-language pathologists have a variety of techniques and tools to help teach the child how to make the sound on its own. For a sampling of some of these techniques, check out our “How to Teach” series here on the blog. For example, our “How to Teach /p/” post goes through a few options for the scenario above, where the adult tries to have a child imitate a /p/ sound and they just can’t do it!

It’s true that there’s a lot of skill that goes into teaching a sound in isolation and motivating kids to get enough repetitions to stabilize that production. It’s sometimes shockingly difficult to just add one vowel before or after the target sound. That extreme difficulty can make kids declare that they “just can’t do it” and make therapists secretly wonder if maybe they’re right.

The challenge in this scenario is that, words, and even syllables, carry a language based “memory” that triggers the old habit for the sound. As soon as the therapist introduces a syllable, or even more challenging, a word, that previously perfect sound in isolation flies out the window and it can feel like you’re back to square one.

First of all, moving through syllables as a level of practice in the hierarchy is a critical step to provide the opportunity for this practice for many kids, which is why we’ve built it into our speech therapy games. It’s simply too hard to expect them to abandon their habit when presenting them with words they’ve said thousands of times. If syllables prove challenging as well, as they often do, then segmenting the syllable can often relieve the difficulty. This changes the nature of the task to one of producing the target sound in isolation, either before or after producing a vowel in isolation.

After a few repetitions, you can try to blend the two back together. If the child succeeds, great! Praise them for the good work. If blending triggers the habit, appreciate their hard work and break the syllable up again until they’re successful. It may take a few tries over a session or two, but with enough segmentation and blending, any child can master the progression from isolation to syllable level. And from there, once they’ve mastered syllables, they’re ready for words!